On New Year’s night, the terrorist state once again carried out a new act of terror against Kyiv’s infrastructure. This time, they damaged the building of Educational and Scientific Institute of High Technologies of Taras Shevchenko National University of Kyiv. The Enamine Charity Fund is dedicated to helping people in need and also to helping students get back to safe studying during the time of war in Ukraine. More than four months from the beginning of the full-scale Russian invasion and it is not clear when it will be over. The world is getting used to the Russian-Ukrainian war. At the same time, I suppose Ukraine should not exit from the focus of the whole world while Russia continues its aggression.

Resuming Work. Statement by CEO and Founder of Enamine 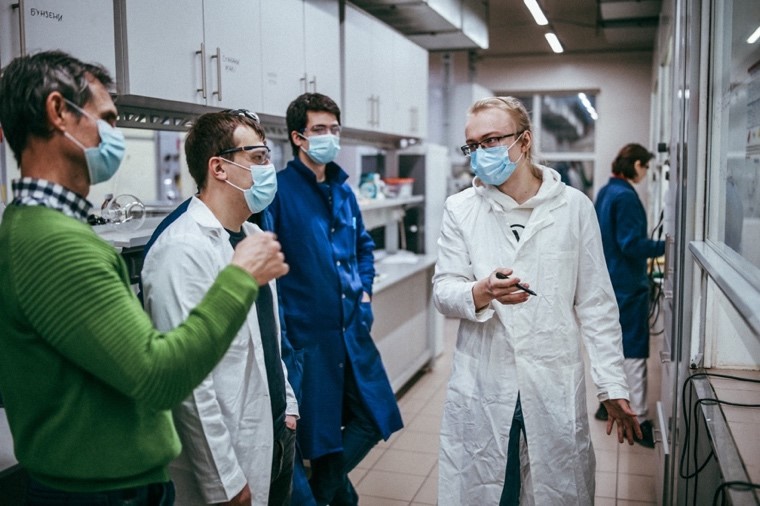 Forty-three days with thousands of bombs, shells, and missiles fired out at our cities and villages, thousands of destroyed buildings, bridges, streets, thousands of killed people. And there are to be feared thousands of victims yet to come as the war continues with a new focus to the East of our country, the war for democracy to prevail against dictatorship and tyranny, the war of the civilized world against the paranoiac barbarians, the war of good against evil. Russia commits genocide against Ukrainians, terrorizes the population, and engages in looting. Nowadays after the crimes in Chernihiv and Kharkiv, after the massacre in Bucha, Irpin and Borodyanka, everybody understands: the world appears to be once again black and white these days and one can see clearly who stands on the side of Ukraine.

Call for Donations to Support Ukraine We, at Enamine, have united to resist at our level the Russian invasion. We help to acquire non-lethal military aid to enhance the defense of Ukraine, provide medical supplies to the hospitals, provide sponsorship for science and education in Ukraine, and help our employees scattered by war across Ukraine and abroad. Our own funds are limited as we have had to put on hold most of our projects and we will greatly appreciate your donations, which we will immediately use for the urgent needs of today! This is the most direct help to Ukraine. The war in our country lasts more than 10 days. We have put on hold most of our operations in Kyiv and ask our customers to wait until this situation is resolved. We thank all of you for your patience. During this time, we have been able to estimate our resources, capabilities, and plan next steps to be done. Now I would like to highlight some of them:

Russian aggression continues with more force and they continue killing civilians (at least 200 killed only today officially, and who knows how many more). Enamine is forced to adjust schedules of operations, please, support our fight for our lives. Enamine has the world’s largest catalog of building blocks which is monthly enriched with ca. 2,000 newly designed and synthesized compounds. Most of these compounds have been previously unknown and may already provide elegant solutions to your today’s challenges.

eProcurement is Easy With Enamine Being the global leader in supplying state-of-the-art chemical products for drug discovery (building blocks and screening compounds), Enamine also created a sophisticated ecommerce integration layer, allowing for a seamless eProcurment process to be enabled between buyers and vendors.